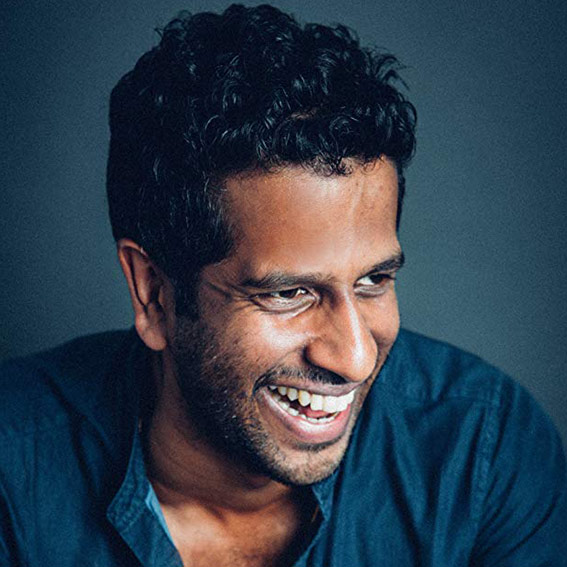 Prasanna played Orsino in Twelfth Night at the Bishop’s Palace in 2019.

Prasanna trained as a medical doctor at Oxford University and worked in the NHS for three and a half years. He is now an actor, director and writer.

His acting credits include Mum, Defending the Guilty, World on Fire, Critical, You, Me and the Apocalypse, Silk, the award-winning Doctor Foster and Patrick Melrose. In addition, he has appeared in various productions for the National Theatre, RSC, Donmar Warehouse, Almeida Theatre and the Young Vic.

His writing credits include Boy starring Timothy Spall, which screened at the London 2012 Opening Ceremony, and he wrote and directed the award-winning The Half-Light in 2011. His first stage play Nightwatchman was produced by the National Theatre in 2011 and he is currently co-creating two TV dramas with acclaimed showrunner Jed Mercurio (Line of Duty).

He recently directed Come to Me, a musical short for the British Council, and Spoof or Die for Channel 4, which screened at the Belfast Film Festival and will soon be directing Ballywalter, in development with the BFI and Northern Ireland Screen. Most recently, he directed Venice Preserved for the RSC which is running at The Swan Theatre until September.