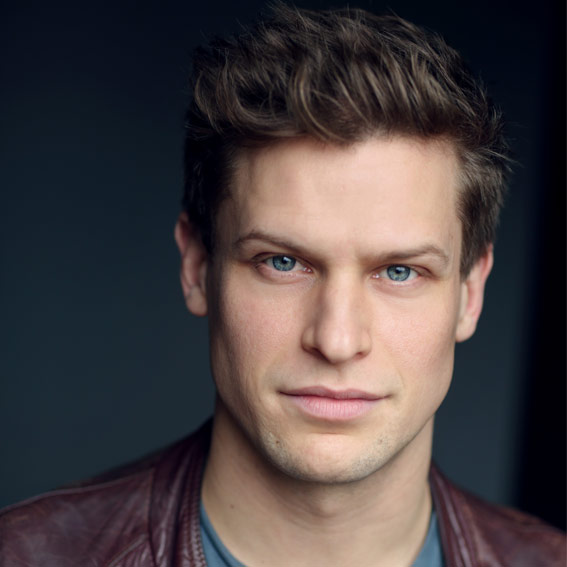 Max played Benedick in Much Ado About Nothing at the Bishop’s Palace in 2018 and Sir Toby Belch in Twelfth Night in 2019.

Max caught the acting bug aged 12, when his school needed a little person to play Puck in its production of A Midsummer Night’s Dream. The sixth form girls’ fawning over him and backcombing his hair had him hooked for life. He went on to train with the National Youth Theatre and at the École Intérnationale de Théatre Jacques Lecoq in Paris, while on his year abroad from a French and Italian degree at Queens’ College, Cambridge.

He has worked extensively in London theatre, playing leading roles in the West End and for such companies as the Royal Court, Donmar Warehouse, Shakespeare’s Globe, Almeida, Young Vic and National Theatres, collecting an Ian Charleson award along the way.

On television, he played one of the central roles in American network TNT’s drama Will, about a young Shakespeare, and can also be seen in The Hollow Crown, Endeavour and King Charles III. Most recently, he was tormenting Poldark on the BBC, as notorious rake Monk Adderley.

His feature films include Anna Karenina and The Duchess, as well as a leading part in Set The Thames On Fire. You can catch him in the Freddie Mercury biopic Bohemian Rhapsody, and upcoming Guy Ritchie crime caper, The Gentlemen.

When not acting, Max loves riding motorbikes and playing cricket.