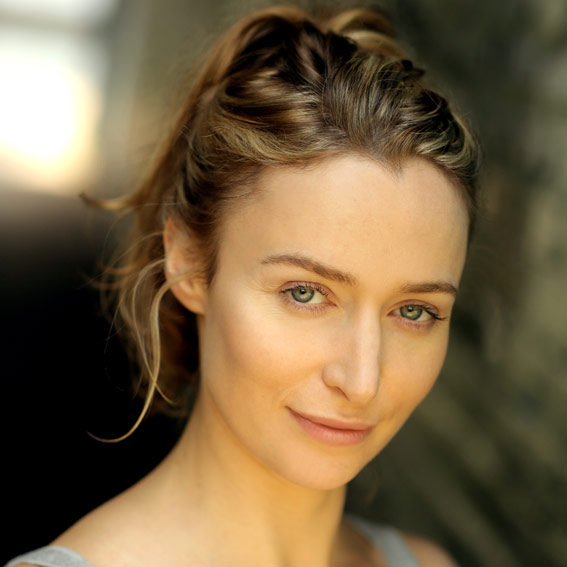 Deirdre played Beatrice in Much Ado About Nothing at the Bishop’s Palace in 2018 and Viola in Twelfth Night in 2019.

She is an actor, director and activist. Brought up in Dublin, she studied Classical Civilisation and Drama & Theatre Studies at Trinity College Dublin and then English Literature at St Andrews University before going on to train as an actor at the Bristol Old Vic Theatre School. She won a Scottish BAFTA for Best Actress in Film in 2017, giving an impassioned acceptance speech about ERA 50:50, a campaign group fighting for equal representation in the performing arts in the UK, of which she is a co-founding member.

Deirdre’s theatre roles include Lika, in the premier of Marina Carr‘s 16 Possible Glimpses at the Abbey Theatre, Jessie in Sean O’Casey’s The Silver Tassie at the National Theatre and Rosalind in As You Like It at the Globe. She was a regular in Greg Davies’s award-winning comedy series Man Down on C4. More recently she played Anne Shakespeare in TNT’s new series Will about the life of William Shakespeare. You can now catch her in comedy series Flack and Matthew Weiner’s The Romanoffs.

Deirdre spent a year in a cupboard at ITV being a continuity announcer. She wants to be a film-maker when she grows up.